Managing resources responsibly, treating nature with care.
The FAIR’N GREEN association has this as their guiding principle. Acting together for a future worth living, making it better and looking out of each other. Working together so everyone has an opportunity.

We too, want to go the same way and are happy to play our part.

At Meulenhof, we have always put a high priority on social commitment.

Our new employee, Hermann-Josef Beitzel, recently joined Team Meulenhof and found a new job with us after an internship.

The internship with us was created under the Inbeß job support program which offers an alternative to workshops for disabled people.

This measure allows the participant to test their abilities, to try out professional areas of interest and finally to find a suitable job in the general labor market.

Hermann-Josef completed the internship in two phases. Despite being unemployed for many years, he was quickly able to take part in the daily operations of the company and learn about the requirements of the job. Since January 2021, he has been given a full-time position with us. We are happy to welcome him as an employee and to be able to offer him new perspectives in life. 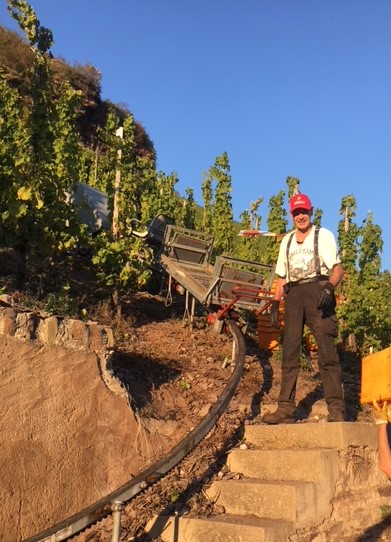 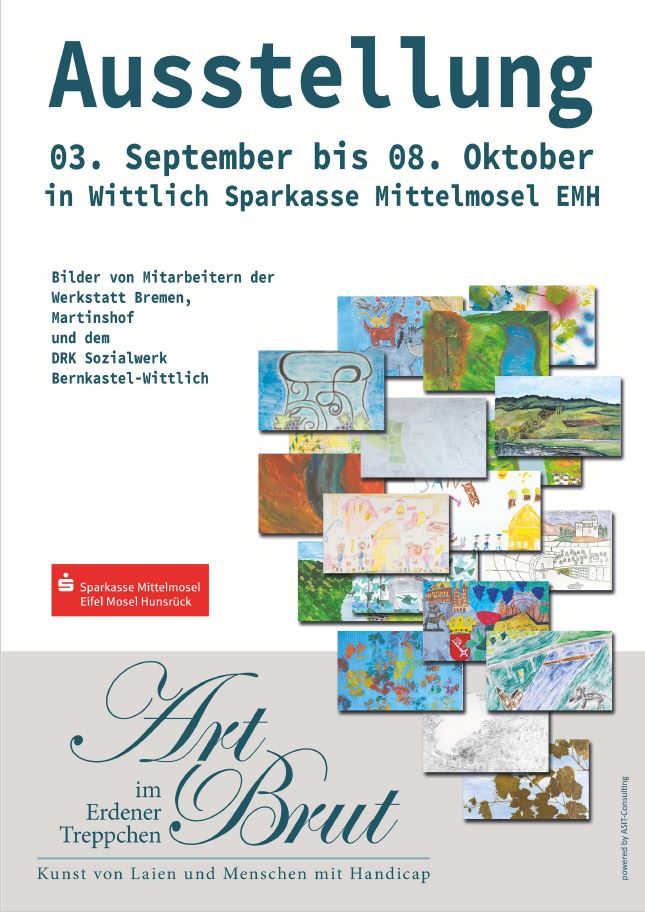 We are sponsors of the„Art Brut in the Erdener Treppchen – art by amateurs and disabled people“.

In 2018, there was an art project with paintings by the participants in the Erdener Treppchen. This resulted in an art calendar and a touring exhibition of the paintings. These were then auctioned off to the highest bidders, with the proceeds presented to the participating workshops (Martinshof Bremen and the Bernkastel-Wittlich Red Cross Workshop).

A sculpture project is being carried out in 2019-2021. Sculptures will be and have already been produced in the two participating workshops for people with disabilities, which will be set up along a hiking trail in the Erdener Treppchen to form a Sculpture Trail. Each sculpture will have a sponsor. The proceeds from this will be handed over to both workshops. 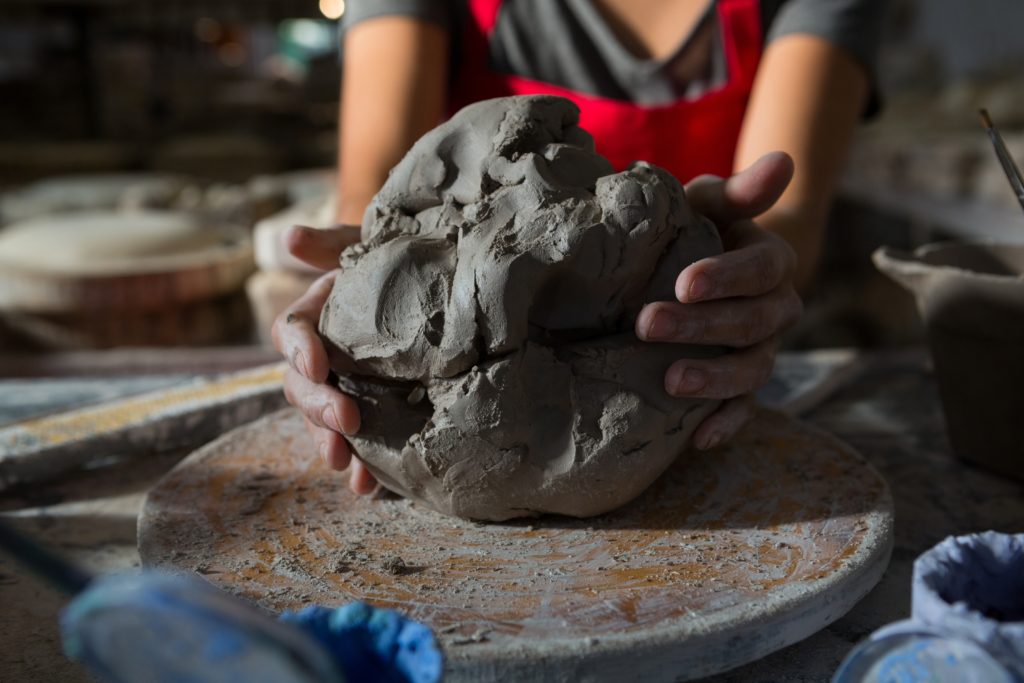 We also support the project for saving and preserving the ruins of the Roman wine presses in Erden. Since the first excavations in 1993, we have been involved in the association for promoting the Roman winepresses in Erden, which was founded at that time (Förderverein Römerkelter Erden e.V.).

We are also involved in securing of the sites, developing concepts, organizing events and as other responsibilities.

The result a model historical heritage management project. Not only the remains of the old structure are to be seen, but life has also found its place among the old walls. A large number of events and activities of various kinds have already been held here. A new project for the integration of a museum café will soon be launched.

The start and finish of the Erdener Treppchen-Prälat climbing trail, are located at the wine press site and soon the Sculpture Trail as well.

Here, the Förderverein Römerkelter Erden e.V., to which we belong, produces the Bremen Senate wine. Each year, the grapes for this exclusive wine are harvested there together with guests from Bremen.

Support and accompaniment have been provided by the association to private archaeological excavations. They have led to new insights into the history of the winepresses and viticulture in Erden. Some of these are documented on the website www.extempere.org.

This has led to the development of close friendship and cooperation with Michael Kuhn, historian, author and publisher from Aachen, whose website is a new specialist platform for everyone with an interest in history and archeology.